REGISTER FOR A CLINIC

On the road, in the dirt, on a track, and indoors, Savvy Bike has been coaching cyclists and fitting bicycles since 2001.

“Bike Skills 201 was awesome!  Just what I needed.  The practice drills were the best way to learn.”

Game changer! I did not expect to learn so much about my anatomy. Absolutely amazing insight, far more than I could’ve imagined! I would recommend this to anyone regardless of where they are in this journey!

“I’ve had many bike fits over the past 20 years with the best bike fitters around the world, and Lorri ranks at the top of the list!  She’s knowledgeable, humble, and personable.  And my bike fits me like a glove now!”

If you ride a bicycle in California, you’ve likely already met! Since she started riding in 1999, Lorri has participated in charity cycling events such as CA AIDS Ride and MS Waves to Wine and raced cyclocross, road, track and mountain bikes. Lorri also piloted a blind tandem to 3 bronze medal finishes in the 2013 US Paracycling Track National Championship.

As an active member of the cycling community, Lorri founded one of the first all-women's cycling organizations in the US, Velo Girls and directed the Women’s Outreach Programs for Sea Otter Classic. She has been involved with the governance of the Silicon Valley Bicycle Coalition as well as the Northern California Nevada Cycling Association (NCNCA), and chaired the Yoplait Women’s Grassroots Cycling Initiative.

Lorri was a featured speaker at the first-ever USA Cycling Women's Coaching Summit as well as at Interbike. She has worked as a bicycle tour guide for Undiscovered Country Tours and has toured throughout the United States, Spain, New Zealand and Australia.

Lorri developed the award-winning Tri-Flow Development Racing Program, Trips for Kids' "Girls Day in the Dirt" program, worked with Turning Wheels for Kids, and is the road cycling coach for the AIDS/Lifecycle Training Ride Leader Certification program. She has coached teams and clubs throughout California including the NorCal High School Mountain Bike League and the NCNCA Early Bird Training Series and has been a guest coach with AthletiCamps and the Specialized Women’s Sports Camp. Lorri believes the bike should be FUN and she has worked tirelessly to promote cycling in all forms through her skills clinics, community outreach, and educational programs. 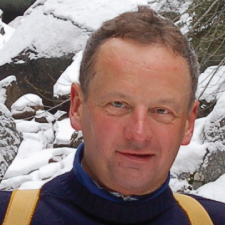 Bob has ridden a bike for almost his entire life and raced in almost all disciplines of the sport, including track, road racing, mountain bike racing and triathlons.  He was a competitive category 2 rider on road & track through most of the 80s with some good results in major events such as Tour of Redlands & Tour of Willamette. On the track he was district champion in the senior mens 40K points race, lapping the field twice.  He has coached cycling since 1983, coaching the UC Berkeley cycling team and acting as mentor & coach for local clubs & groups. He enjoys helping beginner riders “get it” and develop the self-confidence & skills to take their riding to the next level.

With 20 years as a hardware engineer, Marco has been geeking out his entire life.  He loves solving a good problem.  He’s also a lifetime athlete, competing in martial arts, diving, sailing, and bicycle racing.  He’s combined his two passions – engineering and cycling – to focus on helping other endurance athletes reach their athletic goals.  He’s been racing bikes since 2005, focusing on cross country mountain bike, ultra-endurance mountain bike (8 hour/24 hour/100 mile), and cyclocross.  He loves epic rides on road and dirt.  Marco is a USA Cycling Level 3 Coach and has participated in coaching education programs with Training Peaks.

Savvy Bike is proud to support the following community organizations and events through discounts and donations of goods, services, and funds